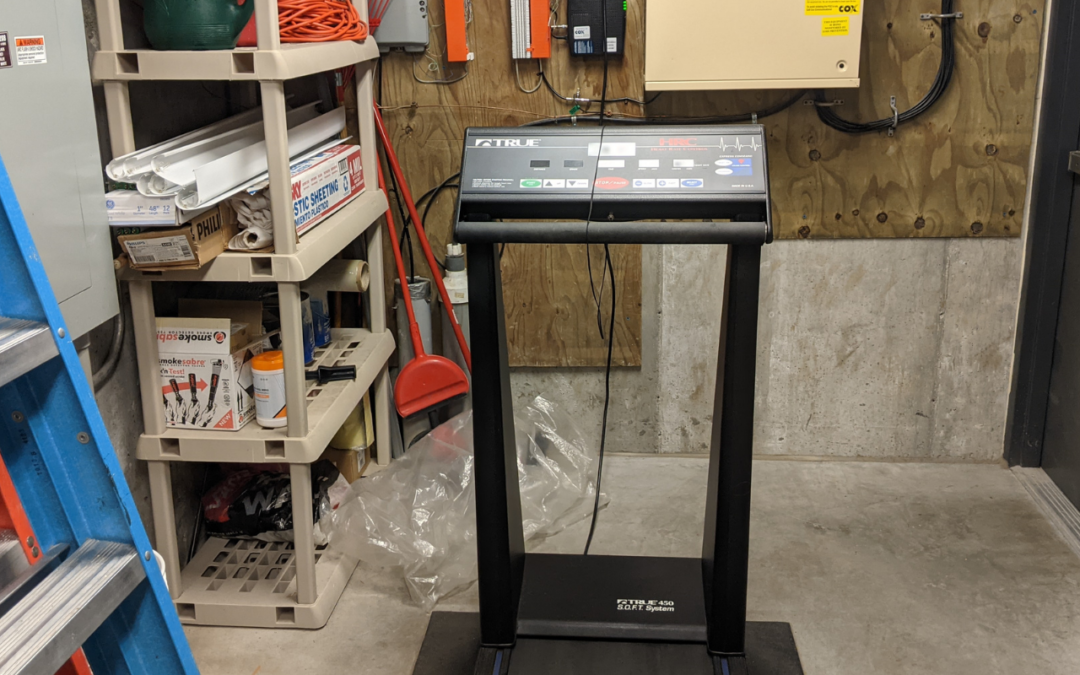 As previously noted, I am not a natural born runner.  I am slow at best, clumsy at worst…the bruising on my left knee can speak to it, trust me.  I have run the same way for about 20 years now.  I find the most colorful shoe a person can buy, cheap running clothes and ear buds with music that drowns out my premature labored breathing.  Always music.  Always loud music-usually punk rock.

Due to the inclement weather this past week I have been tied to the treadmill.  For the fourth time this week I have laced up my shoes and dreaded the bore of a treadmill run.  My neighbors were kind enough to gift our condo building a treadmill when they moved in.  That being said, it is located in our storm shelter and if I get four miles in before boredom kills me I’m lucky.

So to avoid the dread today, I tried a new form of running.  A guided meditation run with Kevin Hart through the Headspace app.  I had no clue what to expect, how it would go or what would be asked of me.  I knew I was in for a treat when within the first couple minutes he made me laugh with an example that was all too true of my runs. The kind of run that has so much distraction you get yourself lost and have to Uber yourself home.  While I have never called for a car, I have found myself stopping and asking “where the heck am I?”

And then the unexpected happened.  Kevin Hart went silent.  Yep, Kevin Hart himself went silent and this continued periodically throughout the run.  He was more of a gentle nudge throughout the run reminding you to listen to your body, your breathing and encouraged you to pick up the pace and then eventually slow down the pace.  At the halfway mark he was a champion cheerleader and then the whole routine repeated for the second half of the run. Towards the end of the run he talked about something that isn’t always prevalent within my circle or running humans.  Running to run, not race, to run and suddenly I found my home in running with Kevin Hart.  Someone that got it, got me.

This was one of my better runs.  Was it because it was Sunday and I wasn’t pressed for time?  Maybe.  Was it because I had several cups of coffee and some food in my system?  Maybe.  Or maybe, just maybe this idea of intention while running did something to my body that was unexpected.  Ease.  There was no loud music.  I embraced my listening to my breathing instead of drowning it out.  I paid attention to what my bruised knee was telling me and took Kevin’s cue to relax my shoulders.  The only downfall was I wasn’t ready to be done running once the meditation stopped…and if you know me that statement is pretty unheard of!