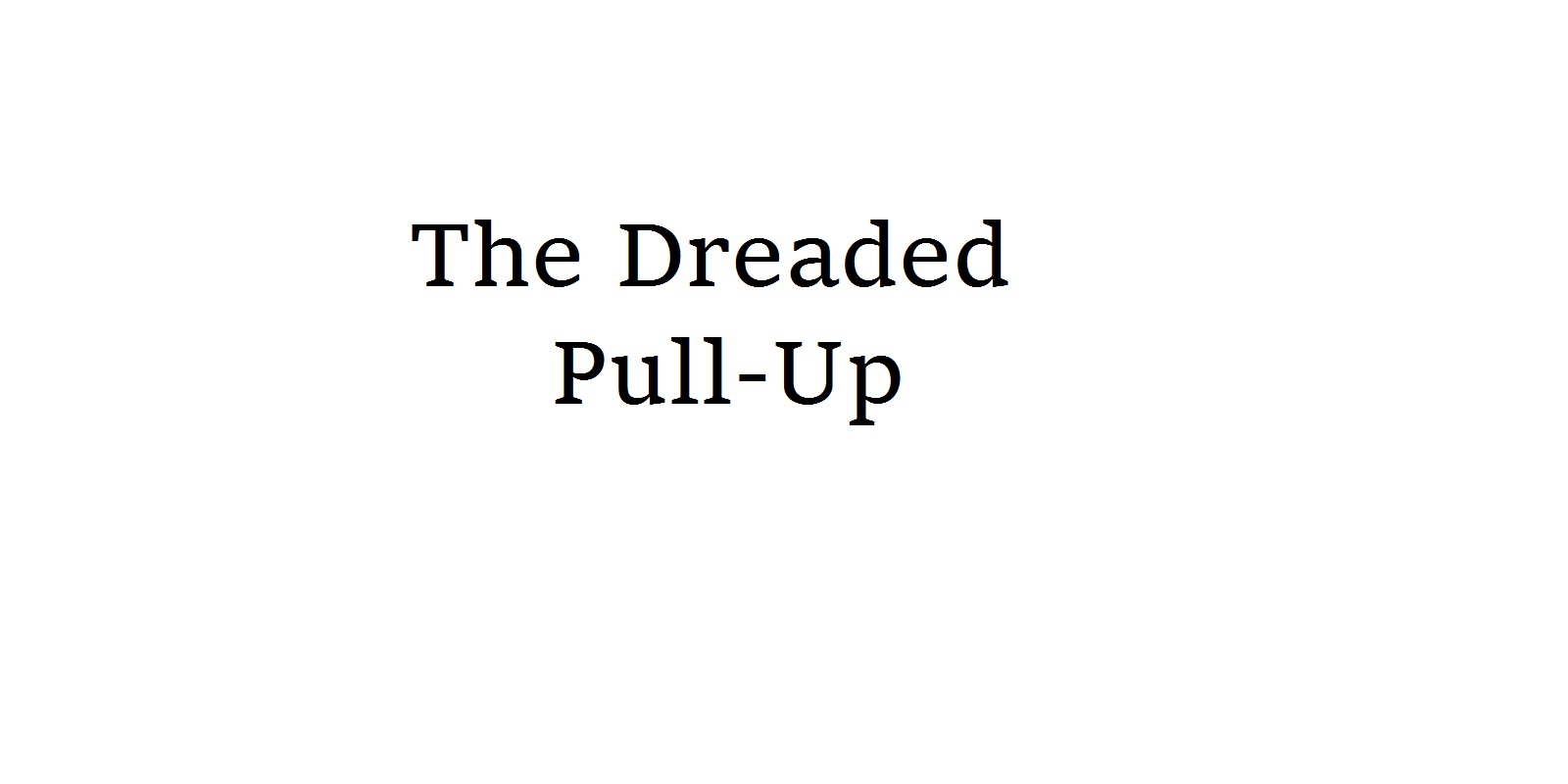 As you have probably heard me say – especially if you are one of my clients – that is the thought process that deserves a giant stop sign! I’m 32 years old and have allowed that one thing to follow me around like a lost puppy. Well my peeps, the time has come…yes; in 2017 I will be mastering the art of two full pull- ups and hopefully defeating all nightmares and the negative self-statement that accompanied my inability to lift my chin above that bar. I want to lead by example. I want to show that you can blow past your own or others low expectations. I want to show all kiddos that “yes you can” and that the adults in their lives should help teach, foster and inspire even the nonathletic kids to be healthy.

Until then…
Push yourself, even if it’s to pull yourself. Love yourself. Inspire others.